Having just been on the receiving end of a tooth extraction and a gnarly infection, the last 24 hours haven’t been very enjoyable. My digestive system isn’t getting along with the pain medicine I was prescribed, I’m finding it impossible to sleep in the required position (flat on my back), and since my girlfriend is currently sick, I’ve been sleeping in a different room to avoid catching it.

After finishing up Return to Arkham’s Arkham Asylum remaster, I put its sequel, Arkham City, aside in favor of beginning my adventure in World of Final Fantasy. I’ve only managed to play for 2 hours, but I love it. There’s a lot of Kingdom Hearts-esque vagueness going on about timelines, life after death, etc., which is a lot more to digest than the demo lead on. 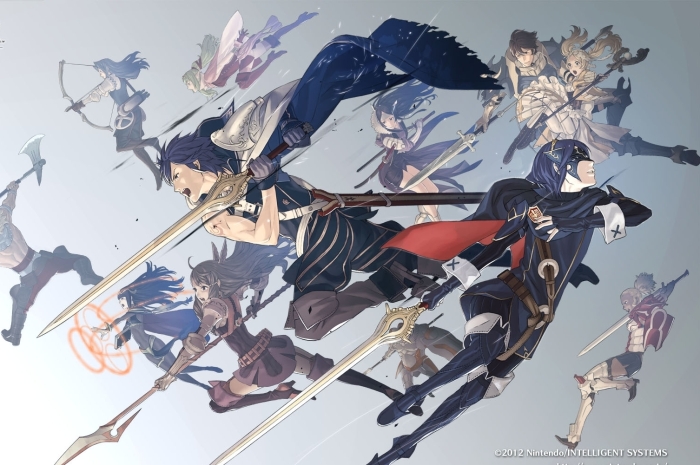 However, since I’ve been mostly bedridden in a room other than my own, I’ve started over my playthrough of Fire Emblem: Awakening on 3DS. It’s an incredible strategy RPG that I never got around to finishing, and I plan on doing so before starting either of the Fire Emblem: Fates games.

I received a copy of Gunman Clive on 3DS, as part of Indie Gamer Chick’s Halloween party. She started a #GamesMatter initiative where she’d give away copies of games expecting the receiver to play and talk about them on social media. It’s a great way to get consumers in touch with developers and publishers and give them some positive reinforcement, along with constructive criticism. 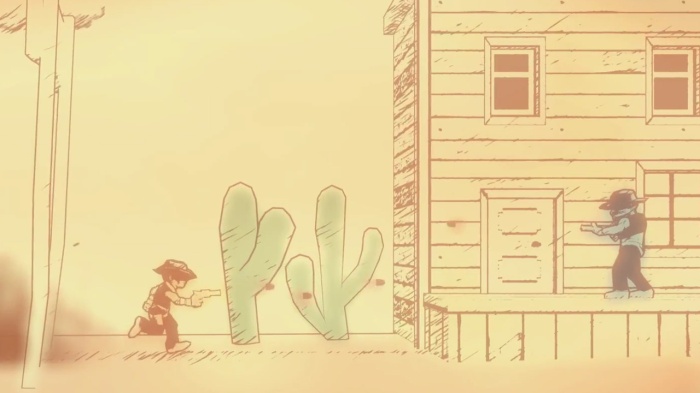 Gunman Clive is a hand drawn 2D platformer set in the wild west. It reminds me a bit of the NES classic Contra, where you make your way through levels, obtain a variety of powerful weapons (the spread shot is even present and accounted for!), and fight a boss at the end. It has a great western midi soundtrack and a really stellar aesthetic, but what I like the most is the way it challenges the player by introducing new hazards and mechanics at a reasonable pace.

Gunman Clive is a bite-sized game, easily completed in an hour or so, which draws back to my earlier Contra comparison. Both have ways to make themselves more accessible, be it Contra’s famous Konami code, or Gunman Clive’s forgiving variety of difficulty settings. Though I’m not sure if there’s any form of co-op mode. Since there’s two playable characters, I’m thinking there might be a local wifi option, but I’d have to check again since that wasn’t my reason for playing the last time I put bullets to bandits.

As Christopher Odd’s Dark Souls III: Ashes of Ariandel DLC Let’s Play concluded on Tuesday, I’ve been jumping around between a few of his other LPs, namely Pillars of Eternity, Wasteland 2, and XCOM: Enemy Unknown. Since Pillars of Eternity looks rad and (unfortunately) isn’t available on consoles, I’ve added it to my Steam wishlist in hopes of an eventual price drop.

I did manage to finish reading the first volume of Saga, which is a really incredible sci-fi series where two different races fall in love, have a child, and become hunted down by bounty hunters and government agencies alike. There’s never a dull moment either, whether it’s gore-filled action panels, or being introduced to new races or important characters. It just does a great job of making you love or hate its cast in such a short period of time, so it never drags on or becomes dull.

There’s a lot of smart writing, witty humor, and great characters inside of Saga’s wonderfully drawn world. Alana and Marko, the aforementioned lovers pictured above, struggle as new parental figures, while doing whatever is necessary to ensure their daughter’s future — even if it means initiating a pact with the floating torso of a dead, smartass teenage girl in the middle of the woods.

There’s also The Will, a murderous bounty hunter hired to assassinate the new parents. Although he’s the violent type, he’s poorly dealing with his failed relationship to fellow bounty hunter The Stalk, a half-woman, half-spider beast thing that’s also taken a contract to kill Alana and Marko. There’s a soul in there somewhere, folks!

I also finished the first volume of Trees, which didn’t grab me at first but ended on an intriguing high note. It jumps around between a few different characters and their various perspectives, but the central focus is the massive spires that erupted from the ground 10 years ago. They don’t move, make noise, or even acknowledge the world’s existence at first, but that’s all about to change.

A group of scientists stationed in Sweden (I think?) discovers a new species of black flower growing out of one of their robots, which begins to interfere with their electronic devices. Another story focuses on a young gay artist who moves to a more accepting colony near one of these “trees.” Here he falls in love with a transgender female, but everything turns to shit before he can get too comfortable. There’s a few other perspectives as well, like a Somali president who stations weapons atop his local tree in an attempt to secure their rival Puntland. Each story has its own flavor, and the slow burn cashes in a nice payoff at the end, but I was this close to putting it down for good.

Hopping between characters threw me off at first, since I was already trying to adjust to a new world to begin with. It’s paced well, but I didn’t really get all snuggled up and comfortable with it until the volume’s final book. I have volume 2, which I’ll get to after I finish the final volume of Batman: Hush. Maybe. I loved Saga so much I ordered the next four volumes, so Trees may get bumped down the list a bit. 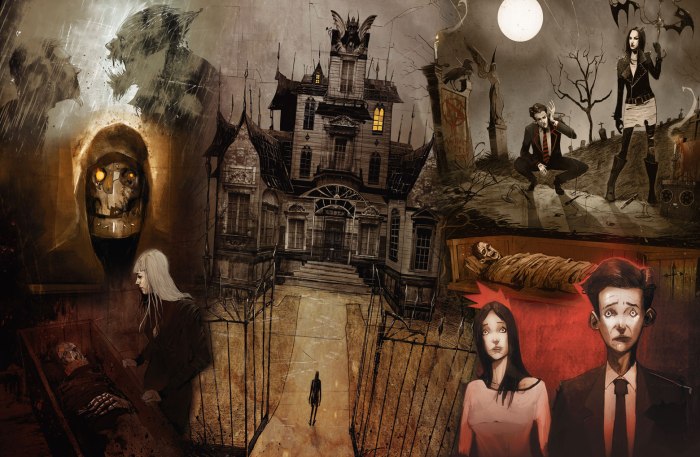 I tried getting in to The October Faction, which is a horror series of comics about a retired family of monster hunters getting back in to the business. I got halfway through the first volume and, although I loved the art style, it just didn’t feel like it was going anywhere. I have a stack of comics that I rented from the library, so I happily returned it and moved on to something else.

Since I genuinely feel like hot pickled garbage and I still have a ton of homework to get through this weekend, I’m not sure how much I’ll get in to. I’ll be picking up my 3DS and chipping away at Fire Emblem, but it’s been hard to concentrate when all I want to do is sleep.

What about you folks? What kind of trouble are you getting in to this weekend?

33 thoughts on “It’s the Freakin’ Weekend! So What are You Playing?”