I have a busy few weeks coming up as the spring semester draws to a close, which essentially means tons of essay writing, last-minute homework assignments, and final exams. I’m not quite sure how much gaming I’ll get in this weekend, but it sure won’t be for a lack of trying.

I’m roughly 35 hours into The Legend of Zelda: Breath of the Wild, which continues to be amazing. I’ve managed to climb all of the towers and open up the map, during which I acquired enough heart containers to solve the Lost Woods and obtain the Master Sword. I’ve only taken down one of the four Divine Beasts, so that’ll likely be next on my agenda. Well, that or hunting down more of these memory locations to piece together the story bits. 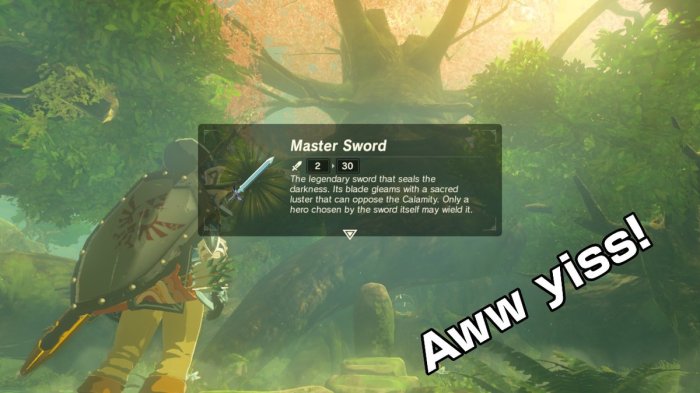 I really wanted to finish the core story of Breath of the Wild before diving into Persona 5, which released on Tuesday. That clearly hasn’t happened. With The Legend of Zelda being my favorite series of all time and Persona being my favorite RPG series, my willpower was at an all-time low and I made a poor choice to juggle both at the same time. Ugh.

I’d still prefer to just finish off Breath of the Wild and then move on to Persona 5, since I can play around in the open-world once Ganon is defeated. I enjoy completing the shrines and exploring Hyrule has been one of the most amazing experiences I’ve had in a Zelda game, so I have no intention of shelving Breath of the Wild once the credits roll. I think these moments are most enjoyable from a portable perspective anyway.

What’s holding me back, though, is that I don’t want to ruin the experience by rushing it just to play something else. Video games aren’t going anywhere. I get impatient sometimes and of all the games to muscle through, I don’t want it to be the two I’ve waited forever to play. Persona 5 issues a constant reminder to “take your time” during every loading screen, and, as corny as it sounds, it really puts savoring the game into perspective.

Narrowing down my focus in Breath of the Wild isn’t the end of the world, I guess. We’ll see next week. 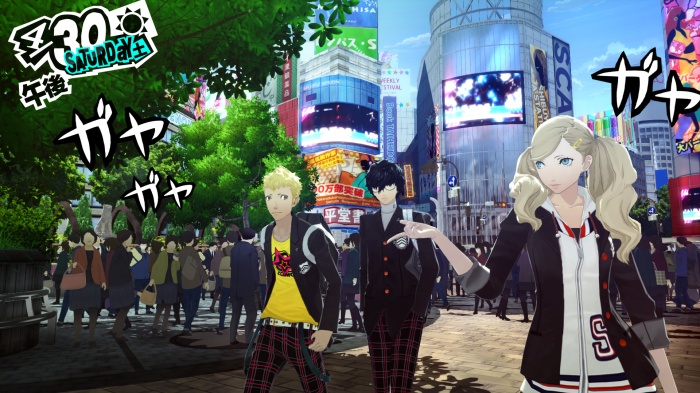 As for Persona 5, I’ve played for about 6 hours. I haven’t gotten to a point where I can micro-manage my free time and build upon the ever important social links. I can’t fuse Persona yet, either. JRPGs notoriously start off slow, but Persona 5’s opening moments remain super interesting while acting as both a narrative bedrock and introductory tutorial.

So far I’m enjoying the characters and the overall narrative build-up quite a bit. As the story goes, the protagonist was wrongfully charged with assault after breaking up an altercation between a creepy rich guy making unwelcome advances on a woman in an alley. This, unfortunately, resulted in the kid being expelled from school and being sent to live with a distant family friend in another part of Japan.

Similar to other games in the series, the story begins at the start of a school year and you spend your time dungeon delving in a mysterious parallel dimension and micro-managing your time to build and strengthen relationships with various characters met throughout the game. It also revisits the ability to negotiate with demons during combat, which yields additional money or items, or, better yet, adds their Persona to your roster.

It’s essentially a JRPG/visual novel/dating sim and it’s really, really good at what it does.

Sci-fi RPG Torment: Tides of Numenera just arrived from GameFly yesterday, but I’m not sure when I’ll get around to it. It’s near the top of my list of games to play this year, but it’s highly unlikely I’ll put it ahead of Persona 5 or Zelda. 1-2-Switch also shipped today from GameFly, but shouldn’t arrive until the middle of next week.

That’ll do it for me. What about you folks? Getting into anything fun this weekend?

22 thoughts on “It’s the Freakin’ Weekend! So What are You Playing?”