*This review will likely contain plot spoilers for the original Syberia, which I’ve already reviewed here. If you’d like to play the first two games on your own, you can pick them up as a bundle on Steam for $2.99 during the Summer Sale until July 5th. Of course, if you’d rather watch the story unfold, Christopher Odd has an awesome Let’s Play of both games over at his YouTube channel. 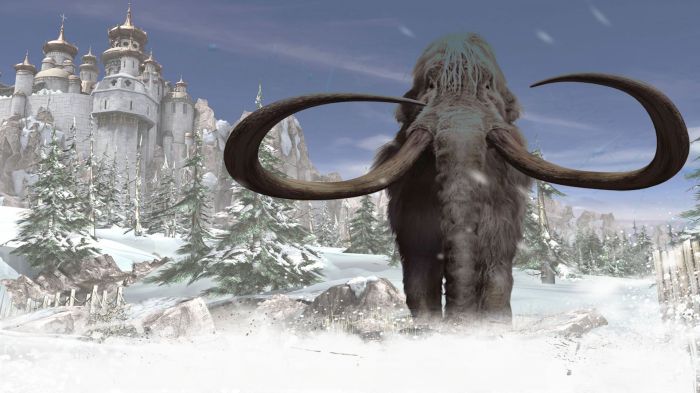 The 2002 adventure classic Syberia was a pleasant surprise when I played through it for the first time a few weeks ago. I was totally engrossed in Kate Walker’s evolution from a New York lawyer in a small French village to a woman trading the life she once wanted for the mere chance of adventure. Syberia captured a steampunk, automaton-filled world full of colorful characters and memorable locales, and concluded in such a great way that I wasted no time diving into the 2004 sequel.

Although the games are separated by two years, they look and feel identical — the pre-rendered backdrops, character models, menus, and gameplay make Syberia 2 feel like a 2nd episode more than a sequel. However, it presents more interesting and varied locations and dances around topics like religion, poverty, and sexism, so in that regard, Syberia 2 is a bit more daring than its predecessor. 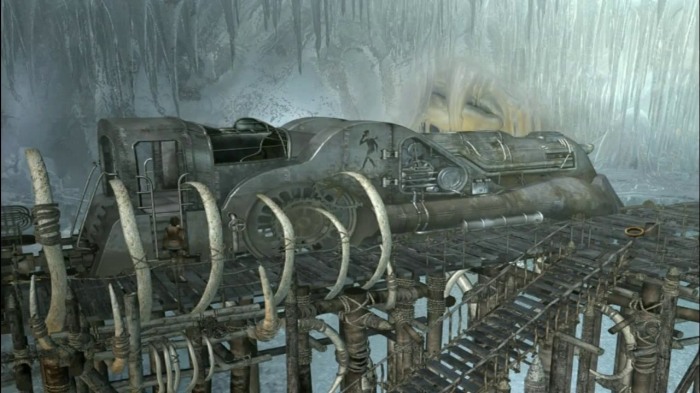 Kate’s new adventure picks up immediately after the events of the first game — she had finally located the elusive tinkerer Hans Voralberg, but instead of going through with his toy factory’s takeover, Kate abandons her mission and accompanies the aging Hans on his bucket list journey to find the mythical island of Syberia. Why not, right? Her fiance cheated on her with a mutual friend, her boss was becoming a verbally abusive prick, and, for the first time in her life, Kate truly felt alive (inspired by, of all things, the dreams of a feeble crafter and a talking “robot”).

Syberia 2 begins with a routine recharge at a local train station, where Hans falls ill and crafty Kate has to find a way around a monastery’s archaic, sexist rules in order for the monks to save his life. We’re also introduced to a shady pair of brothers clearly up to no good, a one-legged former soldier living out the rest of his days as a general store merchant, and an orphaned girl forced to live alone in the slums because classism is a thing. There’s always plenty of lore to be had for anyone willing to engage in small talk. 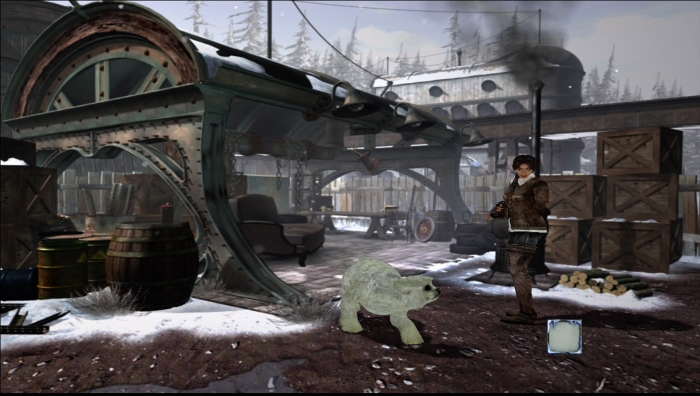 The pacing in the opening moments left much to be desired, however, as the puzzle solutions weren’t always clear and often required exhausting conversations with certain NPCs in order to trigger the next event. It didn’t help matters that many of the game’s key NPCs lived on opposite ends of the map, which required a lot of needless backtracking.

The station itself has around 15 different screens to explore, and having to run Kate from one end to the other for two hours was unfortunately repetitive. Some interesting characters and locales help soften the blow, but the game did get in the way of itself in the early goings.

But then I defaced religious iconography and sledded down the side of a mountain inside of a coffin. ¯\_(ツ)_/¯ 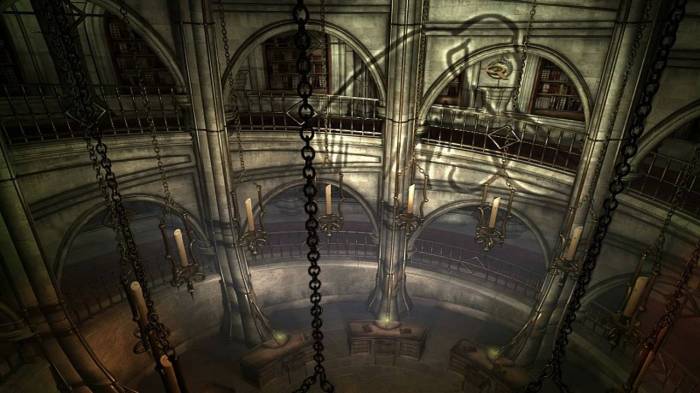 The frequent phone call interruptions from the original Syberia are largely absent until the latter half of the game, instead being replaced by full-on cutscenes. Kate’s mother is understandably worried about her daughter and, along with Kate’s boss, hires a private detective to trace her footsteps and bring the former lawyer back home. Very little gets resolved, though, so the entire concept of gruff-voiced, shadow-draped men in suits fumbling over the whereabouts of Kate Walker failed to add much to the overall experience. Thankfully it’s just a very minor addition.

Similar to its predecessor, Syberia 2 excels in character development, charm, and storytelling. By the end of the journey, Kate has become a seasoned adventurer who remains confused and inspired by the actions of her and her peers. Oscar, the mustachioed automaton engineer, remains the series’ shining star as he struggles with his pre-programmed identity and slowly begins to elicit human emotions. We’re also led to believe there’s truth in every legend, that anything is possible, and the existence of things like magic isn’t as far fetched as one would imagine. 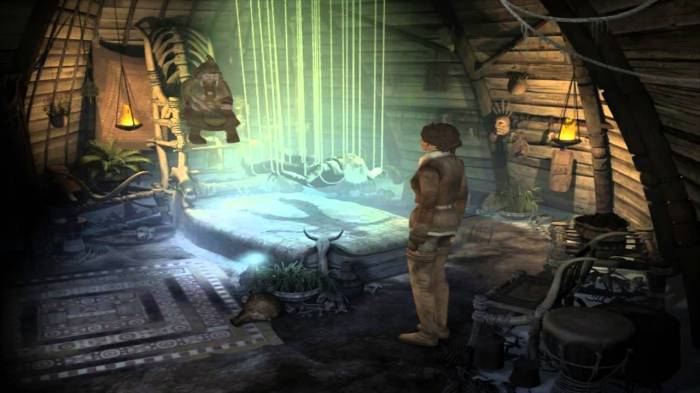 The first two Syberia games perfectly encapsulate the adventure genre, portraying a world that’s strange-yet-familiar and adorning it with a plethora of well written, finely developed characters. Although its pacing was cause for concern in the opening moments, Syberia 2 builds upon the foundation of the original with its beautifully nostalgic pre-rendered backdrops, colorful cast, and epic sound composition.

Throughout my journey, I left no stone unturned. I went out of my way to read every document, explore every corner, and exhaust every dialogue prompt. I grew to love this ragtag band of adventurers and couldn’t help but root for them.

When the credits rolled I was fully satisfied with the closure provided, but part of me didn’t want it to end. I’d spent nearly 16 hours combined across both games, yet I was fully committed to spending 16 more if need be. 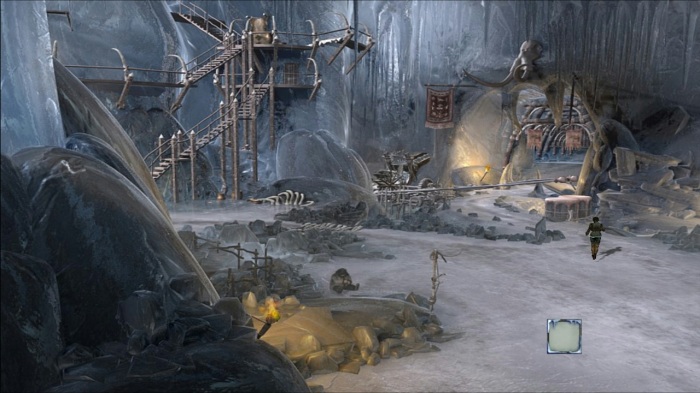 But, alas, all good things must come to an end. Sure, thirteen years after its release we’ve finally gotten Syberia 3, but it doesn’t appear to offer much of a direct connection to anyone but Kate. Knowing this makes the first two games feel like one cohesive experience, instead of a tale with a distant sequel.

I may be late to the party by thirteen years, but I’m certainly glad I gave Syberia a chance. It was one hell of a ride. After much deliberation, both titles (when combined) would easily land somewhere in my top 10 games of all time and I can definitely see myself annually revisiting Kate Walker’s adventure during the winter months.