After many, many, MANY hours of driving, I’m finally home and getting back into the swing of things. I did take my Vita with me on my trip after picking up Persona 4: Dancing All Night and The Caligula Effect, but like most of my gaming plans while out of town, I barely had a chance to touch it. I’d estimate a collective 10 minutes overall.

But hey — I’m home, I have a cat in my lap, and no longer suffer from the gnarly case of heartburn that woke me up at 6 a.m. because I’m an idiot who fell asleep immediately after eating a bunch of pizza, so things are going pretty good!

I’ve been home for a few days now, but haven’t done much in the way of gaming until last night. After all that driving I really just wanted to chill out and relax — a vacation from the vacation, I guess.

We used that time to binge-watch the first two seasons of Brooklyn Nine-Nine on Hulu, which is absolutely incredible. I don’t watch a lot of television, but I’m all-in on this one. It was actually the massive outpouring of praise online after the show had been canceled by FOX (before getting picked up by NBC) that caught my attention. I had seen the memes and whatnot being shared around Twitter, but “cop comedy” isn’t something I’d normally go out of my way for. Then I thought about how The League’s “fantasy football comedy” fell into the same category, which I ended up loving. We’re only a few episodes into the third season and I’m sure we’ll get back to it at some point this weekend. 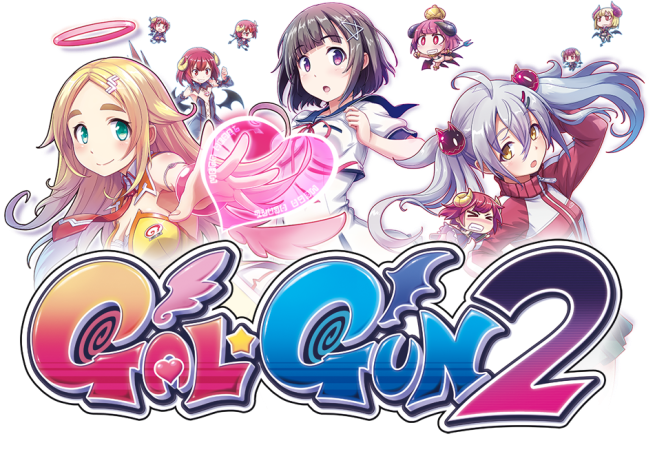 On the gaming front, I put about four hours into the fun-with-fanservice rail shooter Gal*Gun 2 on PS4. I’m scheduled to review it, so I’ll talk more at length in the near future, but much like its predecessor (Double Peace) it’s far more fun than I anticipated.

You play as a high school student who wakes up in class to find a new app installed on his phone, along with the arrival of a pair of VR goggles (though, more augmented reality than virtual) and a mysterious instrument that doubles as a gun and vacuum. In the world of Gal*Gun, demons and angels have a lifelong contract that forbids them from physically battling one another. So when demons begin invading Japan, heaven sends down an angel named Risu to choose a human that will battle for them. That’d be you.

You can only see the demons while wearing your new VR headset, which the game calls Pheromone Goggles. As the name implies, while it allows you to see and defeat demons, it has the unfortunate side-effect of sexually attracting every nearby female — being your fellow students and the school’s faculty.

The core of the game is shooting or sucking up little demons that attach themselves to people while thwarting off every girl’s unwanted advance by… shooting them with your gun and giving them an orgasm. You 100% did not read that incorrectly.

Between stages, you can build relationships with your neighbor (a shut-in who eats snacks, plays video games, and upgrades your equipment) or your childhood friend by giving them snacks, which are awarded by completing side-quests or reaching a new player rank with heaven. These play out like a visual novel rather than an orgasmic rail shooter, which provides a welcome contrast.

I haven’t managed to finish Gal*Gun 2 yet, but if I had to guess, I’d say I’m somewhere in the middle. I asked someone in a Discord server I frequent how long it took her to finish and they estimated 20 hours for all of the different endings. I’m not too worried about 100%’ing the game before reviewing it.

Switching gears completely, my girlfriend and I finally jumped into the new God of War last night. We’ve only managed to squeeze in about 3 hours, but it’s really, really good so far.

Story-wise, it’s essentially Daddy Issues: The Game. Kratos is the formerly angry-as-fuck Spartan who used rage as a weapon, that now has to tone it down and learn to become a father to his son Atreus. Together, the two journey away from their home in order to place his wife’s (and Atreus’s mother’s) ashes atop the highest mountain. It takes an already interesting concept of placing a character from a world steeped in Greek mythology inside of a new world with new enemies based on Norse mythology. How did that happen? Why the sudden tonal shift? No more story talk, though!

The camera appears a bit too close to Kratos, similar to that of Hellblade: Senua’s Sacrifice. It makes things feel a little claustrophobic which, in turn, makes battling multiple enemies a tad tricky. I have no shame in admitting we bumped it down to the easiest setting. However, combat as a whole is still rewarding. There are tons of upgrades to unlock as you level up, new armor to craft, runes to collect (which enhance your weapon), and you can hurl your Leviathan Axe at foes before magically calling it back to your side like Thor. It’s… awesome.

I can’t wait to get back to God of War later tonight. We left off just as the world started opening up (it’s incredibly linear in the opening hours) and I’m eager to see where the story goes from here.

I’ve taken out quite a few games from my backlog this year, so between that and selling off a handful of games that I completely lost interest in, I picked up eight titles on PS4 that caught my interest. Thank you, Best Buy discount. 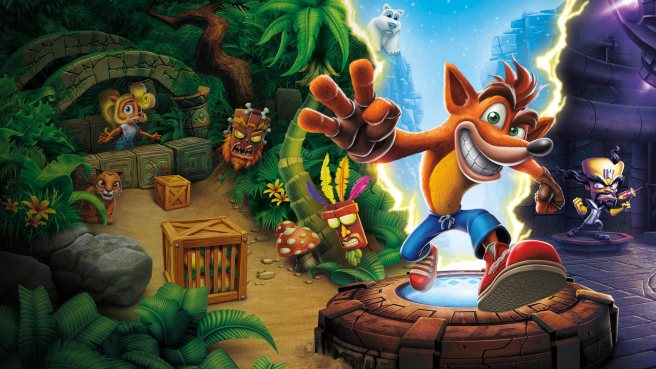 Most of these are new to me, but there are a few that I’m already familiar with.

I really didn’t care for No Man’s Sky at launch but I’ve heard a lot of great things now that it’s received quite a few updates. It’s getting a dedicated co-op mode next month and I wanted to see if it’d be something my girlfriend and I would be interested in playing together. 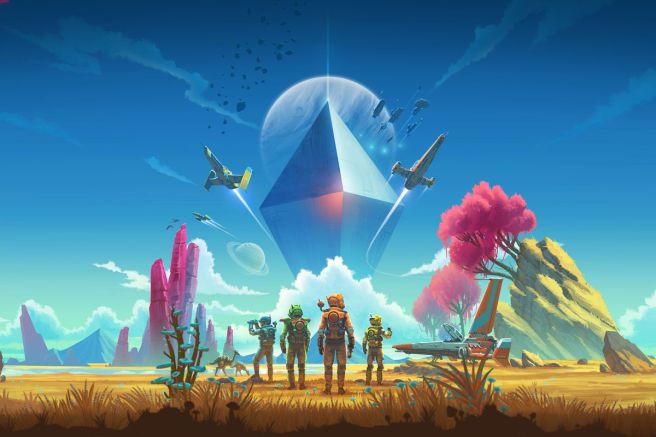 I sold my copy of Horizon: Zero Dawn after finishing the campaign but wanted to get back into it so I could check out the DLC chapter, Frozen Wastes. Rather than buying them separately, Best Buy had the Complete Edition for $32.

Nioh is another game I’ve already owned before, but I picked it up at a time where I was constantly bombarded with more interesting releases — basically the entirety of 2017. I’m still not sure where it’ll fit in, but for $15 I’m fine letting it collect dust for a little bit.

That about does it for me. What about you, folks? Any gaming plans this weekend?

26 thoughts on “It’s the Freakin’ Weekend! So What are You Playing?”