Whenever I have writer’s block, nothing breaks the ice like a good list. Sure, they may be a little cliche, but learning more about a writer is never a bad thing, right?

I took the idea for this post from fellow WordPress blogger and all around rad individual, The Shameful Narcissist. You can read her list right here.

1 – A game everyone loves that you can’t stand. 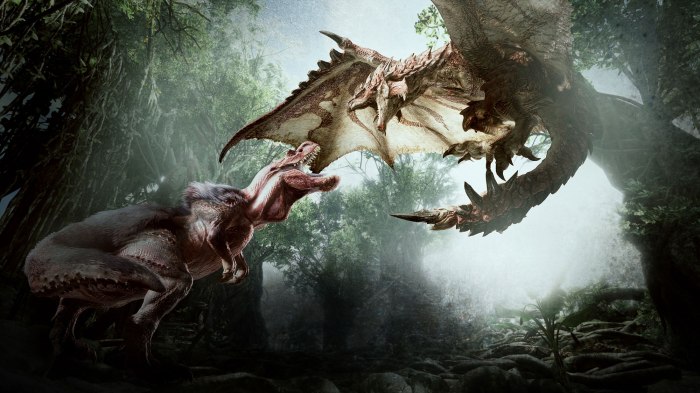 The Monster Hunter series. I’ve tried to get into it a few times, with Ultimate on Wii U and more recently World on PS4. World was a huge step in the right direction but was still super cumbersome and frustrating. Playing with friends, which is the entire point of the game, is unnecessarily difficult, and the grind felt impenetrable (even as an MMO player). It’s a time commitment that I just couldn’t get behind and while I appreciate the game from afar, it’s definitely not for me.

Friday the 13th (NES). This is purely for nostalgic reasons, but I played a metric shit-ton of this pixelated abomination as a kid and still enjoy playing it today. It’s an interesting beast, that’s for sure. You play as a variety of camp counselors, each with their own speeds and jump heights, roaming around Crystal Lake and exploring caves, forests, and cabins in search of scared children. Occasionally the oddly colored purple and blue Jason Voorhees would show up and challenge you to a boss battle (either 2D out in the overworld, or a pseudo-Punch-out boxing match inside of buildings). Clearly, the developers had never watched the source material, but the end result is equally hilarious, awful, and fun as heck.

Shout-out to Mass Effect: Andromeda, Final Fantasy XIII, Street Fighter V, Tales of Zestiria, and all of the Sword Art Online games, though!

3 – An older game you haven’t finished and probably never will.

Earthbound. I love RPGs, especially those with a J in the front, but I’ve never finished the beloved Nintendo RPG, Earthbound. I’ve started the game numerous times, as recent at March of this year, and I just can’t stick with it. It looks great, the music is great, and the writing is equally great, but something about it fails to sink its claws into me. 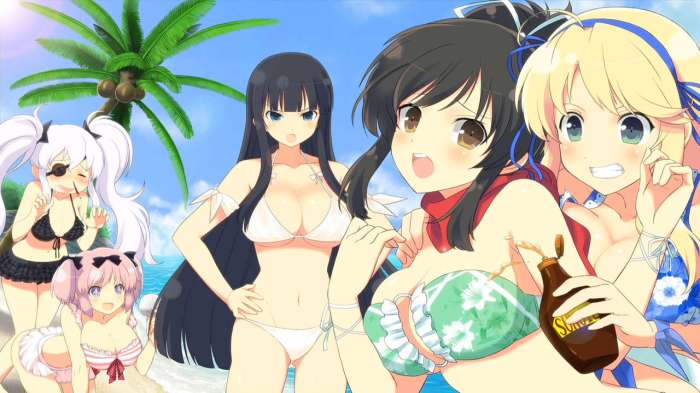 Guilty pleasure is a term I’m not a fan of — if you like something, embrace it — but for the sake of the list, I’ll go with either the Senran Kagura series or Gal*Gun: Double Peace. Both games are fun but widely considered pervy fan-service nonsense.

I ain’t afraid of no anime tiddies and striped panties!

5 – A game you really love but haven’t played in a long time.

Final Fantasy VIII. VIII is tied with XV as my favorite numbered entry in the Final Fantasy series, but I haven’t played it in quite a while. They released a pretty nice HD version on PC with time-saver cheats, similar to VII and IX, but while the latter two were ported to PS4, VIII is still stranded on PC. Hurry. The. Fuck. Up. Squeenix.

6 – A game you never play seriously, but others do.

Any fighting game, really. Fighting games were a huge part of my gaming diet growing up in the pre-internet age, but once I was old enough to work and use the income to buy more games than I’d normally receive for birthdays and Christmas before, it became harder to focus on one game long enough to feel competitive. This was even more readily apparent when the ability to play against others online became commonplace.

I still love fighting games, but I typically buy or rent them and work my way through their single-player content. I don’t have it in me at 37 to *just* play Street Fighter V, or *just* play UNIST so I can compete online and still have fun, rather than getting steamrolled match after match.

7 – A game you completed but hated it by the end.

The Thief reboot. I have no history with the beloved stealth franchise but rented the Thief reboot from Red Box and forced myself to finish it before it was due back the following evening. It was fucking terrible.

Prey. I love sci-fi. I love horror. I love mind-fuck storylines. On paper, I should love Prey, but I didn’t. I gave it three separate chances, with my last attempt occurring after the developers updated the first-person immersive sim with a more relaxed Story Mode that drastically lowered the combat difficulty. I made it further than I ever had before, but still bounced off the game after two or three days. It’s neat, but something about it doesn’t click with me.

Celeste. I don’t do super tough games, especially challenging 2D platformers. Celeste, though, sucked me in and became one of the best platformers I’d ever played. The music, the story, the precision platforming… it’s all so, so good.

10 – A game you are excited for that hasn’t come out yet.

Dragon Quest XI. Next week, though!