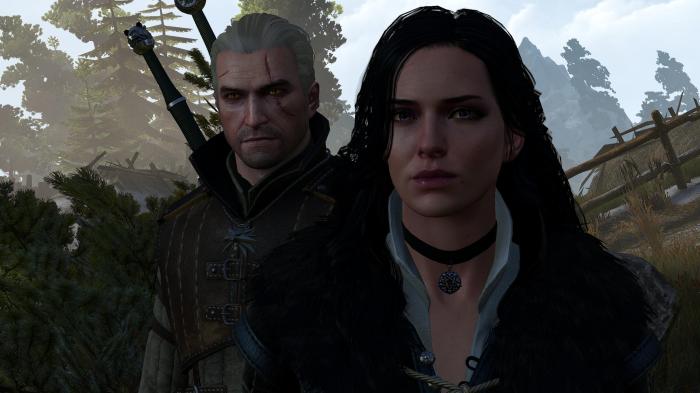 My girlfriend and I are still working our way back through The Witcher 3: Wild Hunt, but we haven’t had much time to play due to the aforementioned holiday stuff and getting used to a new antidepressant cocktail. I spent a couple of days in Maryland with my grandmother, uncle, and cousin and met the cousin’s boyfriend for the first time. Seems like a good dude and we hit it off surprisingly well, despite our age gap. I was the only grandchild in the family for 13 years (I’m old, shut the fuck up), so now I’m 37 when she’s merely 21. Her boyfriend turned out to be a huge gaming nerd, so we talked about RPGs and what little anime I’ve watched. It was nice to *finally* meet him after all this time.

As far as Witcher 3 progress goes, we’re still in Skellige and taking our time uncovering the maps, doing all the quests that aren’t Gwent, racing, or brawling related, and going with Triss over Yennefer. Such a great game. 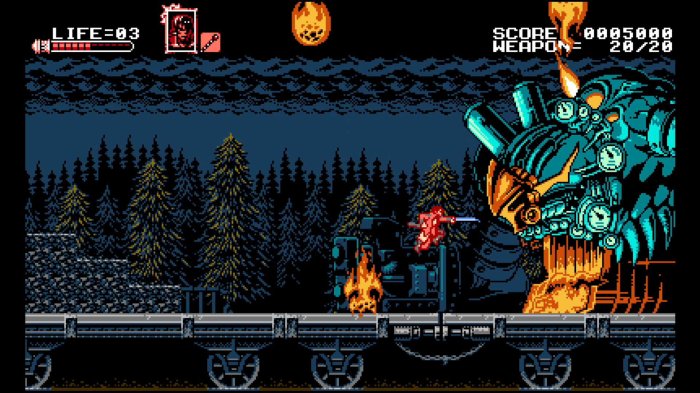 Otherwise, I’ve only had short bursts of time so I’ve been playing Bloodstained: Curse of the Moon on my Switch. I’m selling off some PS4 games and amiibo because I went a little crazy over Black Friday and grabbed a handful of Switch games while they were on sale on the eShop. I grabbed Into the Breach (the only full-price purchase), The Messenger, Enter the Gungeon, Minit, West of Loathing, Wonder Boy: The Dragon’s Trap, Undertale, and Darkest Dungeon’s Ancestral Edition bundle. I’ll never be at a loss for Switch games to play, that’s for sure.

Bloodstained: Curse of the Moon reminds me so much of Castlevania III: Dracula’s Curse, which I have a LOT of nostalgia for. It was the first game I ever purchased myself, pooling together all of my birthday money the year it released. I’ve spent countless hours going through branching paths, recruiting Grant, Sypha, and Alucard, and enduring the misery of the clock tower level and its stupid flying medusa heads. Grrr.

Curse of the Moon is super rad, though, and I’m surprised it’s only $10 at full price. I think I paid $5 and it’s chock-full of quality. The pixels are beautiful, the music is just as good as you’d want a Castlevania-inspired spin-off to be, and I really like the idea of being able to switch between all of the characters on the fly. Everyone has their role to fill, with Zangetsu feeling straight out of Ninja Gaiden with his short-ranged-yet-powerful sword slashes, Miriam as the more-familiar whip wielder, Alfred as the Sypha-like spellcaster, and Gebel filling the Alucard role with his bat form. It’s… great. Really, really great.

If I wasn’t firing up Curse of the Moon I was dipping my toes into Enter the Gungeon. I’ve played similar games in the past, like Nuclear Throne, and they never did anything for me. Enter the Gungeon, though, has its hooks in me pretty deep. It’s a procedurally generated roguelite with a silly story, frantic bullethell gameplay, and great music. It’s perfect to pick up and do “just one more run” if I have 15-20 minutes to spare. I haven’t gotten further than the second floor, but I always feel like I’m improving and unlocking new stuff — which is what made games like Risk of Rain and Rogue Legacy connect with me so well.

That about does it for me, folks. What about you? Get any gaming in during the holiday or have anything rad planned for this weekend?

Bradley is an RPG, survival horror, and 2D fighting game scrublord from Baltimore, MD. His favorite console of all time is the Sega Dreamcast, with a deep love for Sega consoles in general. Aside from gaming, he's super into death metal and hardcore music, the wild world of professional wrestling, cooking, and doing this whole blogging thing. Follow him on Twitter @Trashlevania. View all posts by Bradley Keene

30 thoughts on “It’s the Freakin’ Weekend, So What Are You Playing?”

On the business side, I’ve worked with countless developers and publishers reviewing their games, such as Atlus, NIS, and Bandai Namco, and I also have experience writing guides, conducting interviews, and handling PR duties via email and social media.