Horror-themed RPGs are too few and far between for my liking, especially when it comes to home consoles, but last year the developers behind Life is Strange delivered a bloody brilliant original I.P. in Vampyr that I really didn’t appreciate my first time around. A few weeks ago I started rewatching Buffy the Vampire Slayer and thinking about one of my favorite novels from 1990, The Silver Kiss, which helped put me in the right mindset. My edgelord teen self was returning, baby! Long story short, I ended up grabbing Vampyr during the PlayStation Halloween sale for $12 USD and fell in love. Well, mostly.

Vampyr is an action RPG that’s deeply rooted in vampire folklore, taking place in 1918 London. You’re Dr. Jonathan Reid, an expert in blood transfusions, and you’ve just returned from World War I to visit family. Unfortunately, your welcome is anything but warm as you wake up in a mass grave before succumbing to your newfound hunger and unknowingly feed on your dear sister. Oopsies. Guess you’re a vampire now. 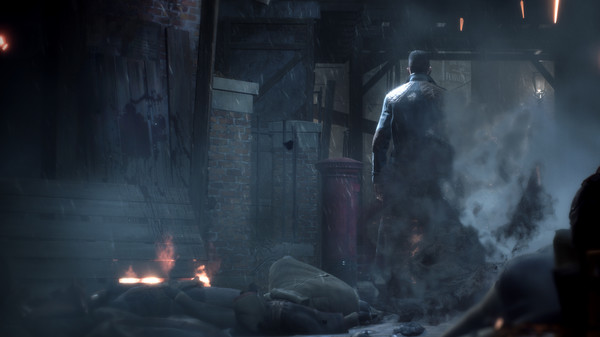 The beauty of the story lies in Dr. Reid’s struggle to keep a firm grasp on his humanity without wholly ignoring his new undead state of being. His confusion eventually leads him to a fellow doctor who not only knows of the existence of vampires but is actively working alongside them to research a cure. Your new tasty ally then offers you a position in the city’s only functioning hospital, exchanging access to a secret hideout and keeping your identity a mystery as long as you help with the influx of patients. You can put quotes around “help” if you’d like.

You see, what makes Vampyr and the new life of Dr. Reid so compelling is how it balances the game’s difficulty. Conversing with locals, healing patients, killing baddies, and finding collectibles all reward you with a passable amount of XP. Upon resting for the night, you can allocate all of your banked XP into unlocking new abilities, increasing base statistics like health and endurance, widening your inventory, and, overall, becoming stronger. Which is good, because the game gets pretty fucking ruthless at times.

Now, all of that can be accomplished without killing your new NPC friends. But it’s never really enough to make the game any easier. The combat doesn’t exactly feel fantastic, switching between main-hand and off-hand weapons to dish out damage and reduce an enemy’s stamina meter in order to “bite” them and fill up your blood points. Blood points can then be used to activate magical abilities, like hurling spears made of blood, summoning deadly shadows beneath enemies, or lunging toward them from a great distance.

Being the “good guy,” so to speak, always felt like it barely gave me enough XP to survive if I was overly cautious and didn’t get to partake much in “rad vampire shit.” I very much wanted to get into the mindset of Dr. Reid, being a good guy to those around me while pursuing my goal of discovering the identity of my maker. At some point in the game, though, I started having a rough go at things and boss fights really began testing my mettle. And my mettle — along with my patience — sucked. I guess it was time to start sucking in-game too.

So, to make the game easier, Dr. Reid needs to gain mass amounts of XP to beef himself up. To tempt you into doing so, Vampyr gives you the option of feeding on NPCs (killing them in the process). These NPCs also have side-quests that increase how much XP they’re worth, so not only do you get to know them better, understanding their plight, but that dangling carrot just turned into a juicy steak. Feeding on these NPCs also has significant consequences, as some of them turn out to be super important to the story and play into the game’s four endings.

London itself is broken down into various districts, each with their own NPCs and figurehead. Killing them off or letting them remain sick (as well as making important story decisions through dialogue) will lower their quality of life and can eventually lead to them falling into absolute chaos. Stronger enemies will wander the streets, surviving NPCs will go missing, vendor relations will go to shit, but at least now you’re a vampire with cool new moves and stronger weapons, right?

So it’s not only this neat story centering on Dr. Reid’s struggles, but also the fate of London as a whole. This is 1918, after all, and the Spanish Flu has become an epidemic. More Londoners are becoming sick, vampires roam the streets who aren’t as kind as you (unless you’re eating people), and you still have your own goals to worry about. In between this, there are rival vampire factions and an evergrowing army of hunters looking to thwart you around every corner.

These are the parts of Vampyr I absolutely adored. Dr. Reid is a brilliantly written character and his conversations with everyone around him were always a joy to exhaust via the dialogue trees. If you’re the explorative type, you can eavesdrop on people or learn more about them in found documentation, which can then be brought up in future conversations because you’re a vampire that can mesmerize the stupid humans. It rules. 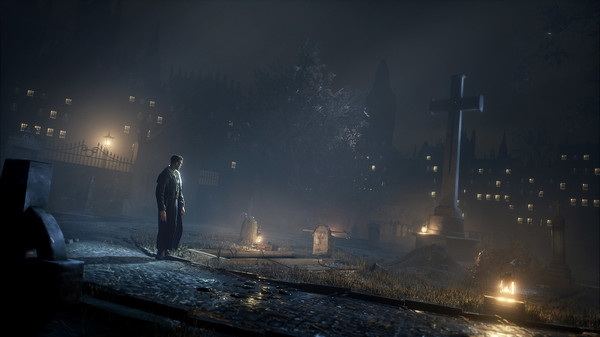 London’s design is bleak and haunting, as it’s always night time in-game. Each district feels pretty samey as a result, unfortunately, and this gets to be a nuisance as more of the map opens up because it’s a bit labyrinthine and there are LOTS of dead ends. And there’s no fast travel option. Repeatedly trekking from one end to the other absolutely killed my desire to entertain side-quests and by hour 10 (of a total 25) I started skipping most of them altogether. It’s not that Vampyr’s bite-sized London is huge or anything, but it’s big enough that constantly backtracking wore on me pretty hard. I don’t like to skip side-quests in RPGs, man! It sucks! And bites! And other vampire jokes!

Like I mentioned earlier, combat isn’t particularly great either and the boss fights can be absolutely punishing if you’re not leveling yourself up by sucking on (shut up) NPCs. Thankfully, for babies like me, there’s a baby ass baby mode that makes combat pretty trivial. Had this mode not been in place, I’m not sure if I’d have finished Vampyr — and that’s a real shame because it’s VERY good. If the combat felt more responsive and less sluggish I probably would have enjoyed it more, but it wasn’t as fine-tuned as the game thought it was.

Sure, I played through Vampyr on easy, but whatever. I play games to have fun, not overcome frustration at the hands of design choices I don’t find enjoyable. With easy mode making the plodding combat a non-issue, my only complaint really lies with the odd choice of skipping out on a fast travel system. I liked these characters that I got to know (and I wanted them to be worth more XP when I inevitably drank them dry), but boy did I not have a good time going back and forth the long way, battling vampire killers and beasts along the way.

Overall, I really am glad I gave Vampyr a second chance. It truly is a brilliant horror game with a lot of meat on its bones and it lets developer DONTNOD do what they do best: tell compelling stories with the player’s choices having extreme consequences. I’d love to see what they can do with a sequel and, really, I just want to hear Dr. Reid’s beautiful, breathy English accent narrate every book I own. Here’s hoping that if the former happens, a little more polish goes into the combat and quality-of-life improvements are taken into consideration.

I also still have no idea why it’s spelled “Vampyr.”