Most of my week was spent running errands since my grandmother is staying with us for a few weeks. She’s 84 and high risk for COVID, but lives alone since my uncle/her son passed away in December. She needs to see a shoulder specialist so I brought her down to SC to stay with us and see one here. That way she has someone to take her to appointments and a place to recover if she needs surgery.

So yeah, not a lot of gaming on my end.

I did finish and review The Legend of Heroes: Trails of Cold Steel III and my goal was to start Sakura Wars as my next review project. I think I’m burnt out on JRPGs, though, after spending nearly 100 hours in Cold Steel. I just can’t get into it despite enjoying what it has to offer so far. I need a JRPG break.

Instead, I’ve been playing through some shorter games as a palate cleanser.

One game I particularly enjoyed a lot was Sea Salt, which is a Lovecraftian-influenced action game on Xbox GamePass where you collect cards and summon minions to kill off humans and tackle challenging boss encounters. It has a great pixel art style and oozes that eldrich horror atmosphere that I love so much.

I kinda-not-really finished Subnautica in 27 minutes, thanks to an achievement walkthrough I found on YouTube. I have no interest in the game at all, but in my quest to reach 100,000G on Xbox this year I couldn’t resist such an easy, short completion.

Fractured Minds was recently added to Xbox’s GamePass lineup, which I enjoyed. It was solely developed by a 17-year-old girl and it’s meant to portray different aspects of mental illness throughout its handful of puzzle-based escape rooms. It’s another super short game, clocking in around 20 minutes, but I thought it was pretty interesting and worth checking out if you’re a GamePass subber.

After watching Funhaus play Sniper Elite 4, my girlfriend and I decided to take the plunge ourselves and shoot nazis in the testicles. Thankfully, it’s on GamePass and neither of us really cared for the gameplay. Definitely a game we had more fun watching.

One of my favorite indies to release over the last few years, Old Man’s Journey, is leaving GamePass soon. I originally played and reviewed the Switch version back at launch, but since it’s leaving the Xbox lineup I decided to revisit it last night. It’s only an hour or so long, but there’s an endearing story and some clever environmental puzzle designs to experience along the way. 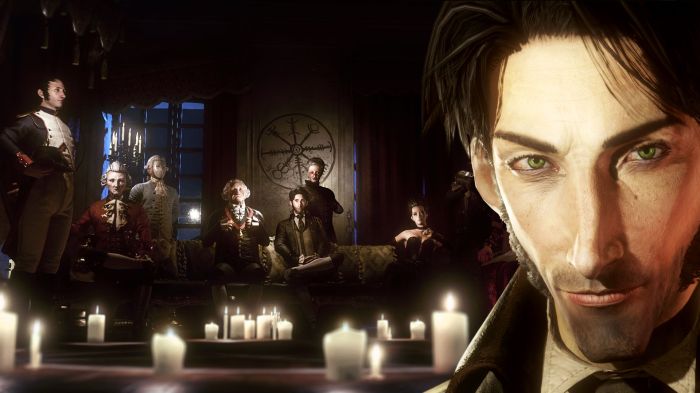 I’m still struggling with Sakura Wars, through no fault of the game itself, so I’ll probably play something else this weekend. Life is Strange 2 has been on my radar for a while now and I still have The Council in the backlog on my PS4. Episodic games are easier to digest in smaller bites, which is kind of what I’m after right now.

I also downloaded Ark on Xbox purely for achievements since there’s an easy method similar to Subnautica. I recently received a review key for the Resident Evil-inspired survival horror title Daymare: 1998, but my GF and I usually play horror games together. If we set aside time, then Daymare is at the top of my list.

6 thoughts on “It’s the Freakin Weekend! What Are You Playing?”

On the business side, I’ve worked with countless developers and publishers reviewing their games, such as Atlus, NIS, and Bandai Namco, and I also have experience writing guides, conducting interviews, and handling PR duties via email and social media.