EDIT: My brain has been so frazzled lately that I literally wrote this post thinking it was Friday the 13th. Not Thursday. Ah well, you get it a day early. I’m dumb.

With the weekend officially upon us, feel free to share your gaming plans down in the comments!

I had a free game rental coupon for RedBox and I intended on saving it for Gears of War 4, but it doesn’t appear they’re stocking it — either at all, or just not immediately. It was burning a hole in my pocket so I went ahead and rented the new WWE 2K17 instead.

I haven’t been a fan of the series since 2K picked it up, mainly due to the stick-waggling quick-time event mini-game feel to submissions and chain wrestling, along with the nickle and diming they do with paid DLC (withholding wrestlers and move-sets well before the game is released with its dated roster). Playing against other people, or even the AI on a higher difficulty, always feels like a reversal-fest instead of an actual match, and that’s just not fun.

This year’s game doesn’t look much better visually, but there’s a lot of new additions that I could see fans sinking a lot of time in to, particularly the improved Universe mode. Here you can act as a GM by editing weekly programs and pay-per views, creating fueds, promos, storylines, and rivalries. You can also create your own championship titles and female wrestlers, which I believe are both new for this year’s game.

It did play a bit better and have a more natural feel, especially after toying around with difficulty sliders (similar to those found in other sports games). However, my desire to keep playing didn’t last more than the rental period. I’m starting to think I’m either falling out of love with professional wrestling, or I just need to accept that there’ll never be a new WWF No Mercy.

The only game I’m focusing on this weekend is Senran Kagura: Estival Versus, which I went over in last week’s post. 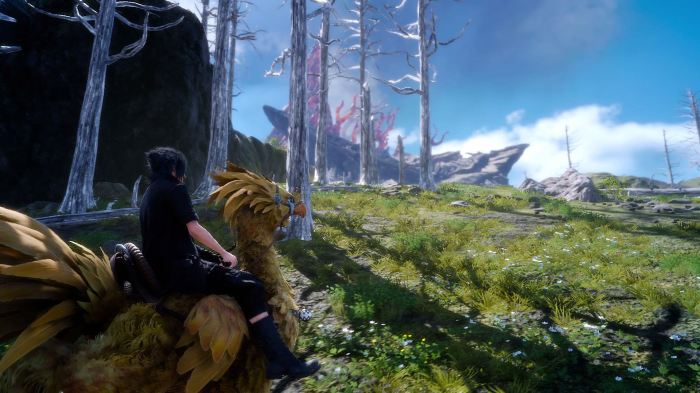 For the remainder of the year I’m trying to limit myself to just picking up Final Fantasy XV and either The Last Guardian, World of Final Fantasy, or Watch Dogs 2, so I can focus more on my atrocious backlog. I still have yet to touch Dark Souls 3, Grand Kingdom, Trails of Cold Steel, Star Ocean: Integrity and Faithlessness, Assassin’s Creed: Syndicate, The Technomancer, or Gravity Rush: Remastered, and I’m genuinely excited about each of them. One day.

I may go ahead and rent Watch Dogs 2 to see if it’s a big improvement over the original game and then just wait on a price drop, but so far it looks pretty great. I’m sure that or World of Final Fantasy will offer the most bang for my buck, but I’m still excited for The Last Guardian while simultaneously trying to keep my expectations in check about its overall quality and duration.

The footage shown in PewDiePie’s 20-minute early access Let’s Play looked like a lot of fun too, which you can check out for yourself right here. Say what you will about him, but Shadow of the Colossus is one of his favorite games of all time, so I was curious how he’d feel about playing The Last Guardian after waiting so, so long.

If I have time, I’ll keep chipping away at Superdimension Neptune vs Sega Hard Girls on Vita. That’s highly unlikely though, since I slacked off on homework on Monday and just got a root canal done yesterday. Needless to say, I’m buried underneath a TON of homework.

My girlfriend and I have been revisiting some of Markiplier’s Let’s Plays, like Outlast and Outlast: Whistleblower, since we’re in the horror spirit of October while not having much time to play games ourselves. We watched him play through the new Five Nights at Freddy’s: Sister Location, which was great, and we’re currently catching up on his 32-part Let’s Play of the underwater survival game Subnautica.

I’ve also been sucked in to watching Christopher Odd’s Let’s Play of Bloodborne as my pre-sleep ritual. He has a nice, chill voice and isn’t a screamer, so it’s nice to watch someone play as I would — explore, uncover the lore, and try to do everything it has to offer — while actually being good at the more difficult games.

What about you folks? What are you getting in to this weekend?

16 thoughts on “It’s the Freakin’ Weekend! What are You Playing?”