It’s the last weekend before E3 2016 (“our last Goonie weekend!”), so there’s never been a better time to smash something in your backlog. Got any gaming plans?

I decided to take a couple of days off in order to give my brain some time to recharge. Hard to believe today is the one month anniversary of dad’s death. Still seems surreal to me, and there’s been a handful of mornings that I’ve woken up fully expecting him to be in the kitchen making coffee. It’s been an adjustment, that’s for sure.

I’ve been hard at work helping my mom take care of all of his stuff, both material and financial, and it’s a lot more work than I ever imagined.

So yeah, I definitely needed a break.

I finished the first two Uncharted games in the Nathan Drake Collection. Yes, this is my first time playing through them. Yes, I know that’s blasphemy. Point is, I did it and I loved them both. In fact, Uncharted 2 may very well be the most perfectly paced game I’ve ever played. Really incredible stuff.

After posting my review of Stranger of Sword City I tried to stick with the game, but it failed to hold my interest. Sometimes I don’t mind a grindfest RPG, but it’s just not what I want to do with my time right now.

I managed to finish up Arcania: The Complete Tale on PS4, which took around 13 hours total (doing all of the side-quests). It’s generic, ugly, and doesn’t play very well, but it was okay. There were some neat side-quest stories, like a civil war between two clans of orcs, and a quest giver who swallowed my gold reward to avoid being robbed by thieves. The ending was extremely disappointing though, so I was more than happy to uninstall it when the credits rolled.

I re-subscribed to GameFly and received my first two games yesterday: Homefront: The Revolution and Arsland: The Warriors of Legend.

Homefront, at least on consoles, is fucking terrible. I don’t mean that from a gameplay perspective, although the shooting did seem rather sloppy (aim with L2 and steady aim by pressing in the left analog stick… why?) and it came off as a generic Far Cry.

Homefront auto-saves frequently, and every time it would do that the game would lag for 3-4 seconds. It also did the same thing whenever I opened the shop to buy and upgrade my weapons. On top of the lag, it never kept a steady framerate and ran like crap the entire time.

I rented the PS4 version, but a buddy of mine on Twitter confirmed they had the exact same issues with the Xbox One version. It’s worth noting that the only two people I’ve seen enjoy the new Homefront were PC users. You win this round, I suppose!

Also worth noting that Homefront launched last month and failed to chart on NPD, so that doesn’t look too hot for Deep Silver.

Arslan: The Warriors of Legend is another one of Omega Force’s Dynasty Warriors cross-over games, like Hyrule Warriors or Dragon Quest Heroes. I’ve seen bits and pieces of the anime, but since anime isn’t really my thing I rented it purely based on my enjoyment of Dynasty Warriors. It didn’t disappoint at all, even as someone who isn’t familiar with the source material.

Arslan is probably the smoothest running musou I’ve played. There’s some technical issues, like enemies popping in to the screen and wonky camera angles in tight corridors, but the framerate is as consistent as the action.

One thing I enjoyed about Arslan that separates it from the other cross-over games I’ve played is that it was very story driven (seriously, there’s hours of cutscenes). There’s lots of plot jumps, which put you in the shoes of different characters and their unique screen-clearing abilities. With that in mind, there was very little of the Dynasty Warriors zone defense moments, instead focusing on coming to the aid of your friends or triggering cutscenes to open up new areas.

I finished up Arslan last night and already gave up on Homefront after spending a few hours in the campaign and taking part in a handful of co-op matches with random people online. The co-op was surprisingly enjoyable, and the only reason I’d recommend Homefront if you’re buying or renting it on a home console. 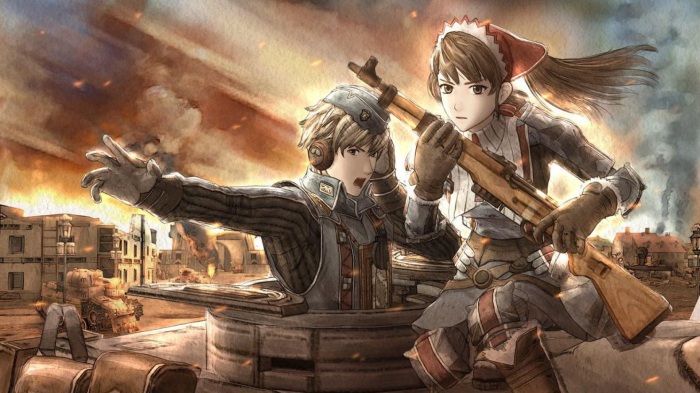 I’m not sure what to get in to next though. I figure I have at least week or so before I receive my next GameFly shipment, so now may be a good time to get in to a new RPG. I have Valkyria Chronicles Remastered sitting the shrinkwrap still.

With Persona 5 coming out on Valentine’s Day (I pre-ordered the Take Your Heart Premium Edition at Best Buy the day it was confirmed), maybe I’ll revisit Persona 4 on Vita. I played the PS2 version, but haven’t even opened the Vita copy since I received it at Christmas.

Gaming aside, my girlfriend and I are attending the PlayStation E3 Experience thing Sony is showing in theaters on Monday. We went a few years back and it was pretty fun. Ended up with some free swag, like beta keys, posters, and lanyards. Should be no different this year.

What about you folks? What are you getting in to?

21 thoughts on “Weekend Gaming: What are You Playing?”